Fall in Oklahoma is one of the most requested & desired seasons for both weddings & Engagement Photos. Extending from September through late November, fall in Oklahoma takes on many forms. Most tend to see fall as brown colors, chilly temperatures, & leaves falling, which is definitely many of the best fall traits, but there’s much more to fall than just this. Early fall brings colors that summer only dreams about! As the sun sets, a sparkle of light peaks through the tree line that warms the heart & soul.

For us, capturing Fall Engagement Photos requires a few more questions to match the perfect “moment of fall” to what our couples want! In Oklahoma, if you’re wanting the traditional brown, pumpkin filled everything, leaves on the ground fall look, then we recommend late October through late November depending on the weather changes. Sometimes winter pokes it’s head out early & you can get a bit of colder temperatures that can add to the beauty of Fall Engagement Photos.

Still considered fall in our minds, if you’re still wanting greenery but with cooler temperatures, we recommend looking at mid September through late October. You can see the seasons changing. While most of the summer flowers have started to hibernate, you can find colors that will wow you & make your Engagement Photos sing!

For more information about where & when we recommend taking your Engagement Session see our post: Where should I take my Engagement Photos

It was a chance meeting at a Bridal show in OKC, Oklahoma! While we capture weddings for our couples all over the US, it’s not very often we meet a couple in OKlahoma that is from another state! Usually we book amazing couples who live here & want to get married somewhere else! While this is still technically true for Carisa & David, it was still a chance happening!

Carisa & David originally met in Houston, Texas which is where they are from! Carisa explains, “We met at a bar in Houston. I just went to hangout with my best friend before heading back to Dallas. He however, was with his friend & knew I was gonna be there. We hit it off right away. He was so funny & such a gentlemen. We all ended up going to a local park where we laid on a blanket talking until 6 am. That morning I headed back to Dallas thinking I just met the man of my dreams.”

David left for bootcamp & He & Carisa shared correspondence during those long-distance days! So Carisa, when did you realize David was “the one?” Tell us the story! “I would have to say when he was away at boot camp. We would write letters to each other every chance we got. Those letters were everything to me & I knew if I got the opportunity, I would not let him leave me again lol.”

Wow! That’s amazing! How about you David? When did you “know” she was your forever after!!?? “I knew Carisa was the one when I took off work & drove up to Dallas one weekend. Valentine’s weekend to be exact. I remember being so nervous in the parking lot because I remember her being so gorgeous. I knew she was so out of my league & I couldn’t understand what she was doing with me. As I walked up to her door, I took a breath before knocking.

After she said “come in,” I opened the door & was instantly met with a huge smile, an absolutely breath taking woman, & a big hug followed by an even bigger kiss. She had a Valentines gift sitting on the counter for me, which blew my mind because I had never experienced that before. It was filled with chocolate, candy, & a warm long sleeve shirt. I was so happy! It was the start of an amazing weekend. We never had a dull moment from that point on. No dead conversations ever! When I drop a joke she picks it right back up & makes it better.”

So David, tell us how you asked this special lady to be your future? “I knew I wanted to propose in December of 2016 & I proposed in March of 2017. I would call my dad & ask what he did with my mom because I knew I wanted to do it right. Carisa came to visit me when I was in Pensacola & we went to looked at rings so I could have an idea of what she wanted. My dad actually knows her dad from work & was able to get me his phone number. I called him a week before I came up to Oklahoma & told him I would like to speak to him about his daughter’s & my future together. I met him at a pool hall in Houston & asked him for her hand in marriage to which he replied, ‘I would be honored to have you as a son in law.’

The next day on my way up to Oklahoma I called her & said we should go out when I got to Dallas. We went to grapevine Texas & walked around looking at little shops, taking in the sights, etc. I saw this white gazebo with benches all around it & said ‘Hey, let’s sit down for a bit.’ As we sat there, I told her how much she meant to me & how much I loved her. I had told her previously that I was going to stop in Houston to grab some clothes, but she had no idea I had actually asked her dad for her hand.

That is an amazing story! Carisa, did you know anything?! “He told me he was at the pool hall with his friend (I even told him my dad & brother go to that pool place & that if he sees them he should say hi.) ..I did not know it was coming. We had planned to move to Oklahoma together & I assumed we’d live together for a little bit & then we’d get engaged. I was so excited & in tears!! It was perfect!”

We only book a certain number of Premier Weddings & Engagements each year to make sure we focus on our Couples. Reserve your date TODAY! Fill out the contact info below & have peace of mind knowing your memories will be captured perfectly!

“We danced & danced until the bar closed. I never took my eyes off of her. She was so beautiful!”

Riverside Engagement Photos: Couples in Tulsa, OK know that Riverside Drive is the perfect location for fun & unique engagement photos. Stretching over 9 miles, Riverside Drive offers new experiences around every turn. From The Gathering Place, to the Blue Rose Cafe, to it’s many hidden gems, there are so many places to stop, steal…

There was not a specific moment that I knew she was the one. I like to say that I knew from the beginning!

Zink Park Engagement Photos: Zink Park in Tulsa, Oklahoma is anything but boring! There are 4 different levels of the park & forest to explore & capture some amazing Engagement Photos. Filled with tons of trees, steps, water & greenery, Zink Park is a one of kind jewel that has to be experienced. Sean &… 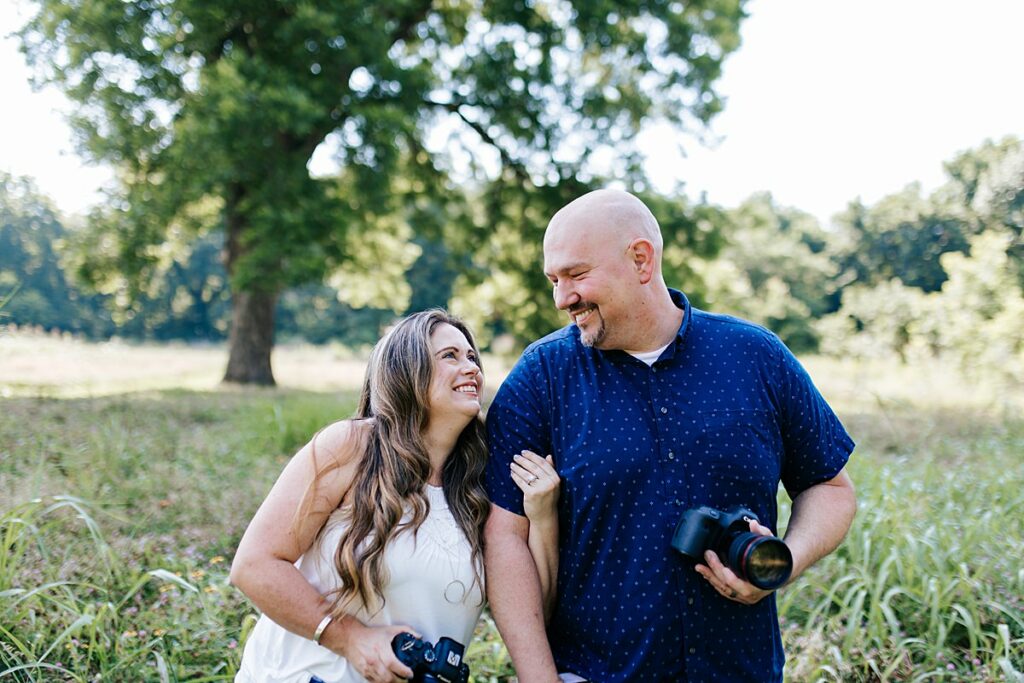